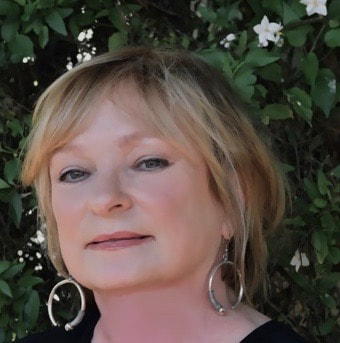 AN INTERVIEW WITH  Andrena Zawinski

I have been a long time teacher of writing, most recently at Laney Community College in Oakland, CA where I enjoyed most teaching courses in poetry and creative writing. Because language matters, I also taught first year composition courses on the theme of language and prejudice. Primarily a poet, I write Flash Fiction steeped in memoir. I am an avid shutterbug, loving imagery in poetry, prose, and photographs.

Writing is such a solitary art until it finds an audience in person or print, so the lockdown has neither inspired  nor discouraged me along my path through creativity. I do miss giving public readings since I am not a fan of the Hollywood Squares version of poetry through zooming. When I am not writing, I am revising and submitting work for publication.

What was the main thinking behind your poem submitted to Together Behind Four Walls ?

“Emptied” is a catalogue piece inspired by the "View from My Window" Facebook group page that distributed images during the pandemic’s shelter-in-place from all over the world. It is a poem of the ironic unity during separation.

Do you have any favourite poems, from all the poems you have written?

My favorite poem always seems to be my most recent poem, something in flux.

Poems, especially their revision, sometimes wake me up from sleep at dawn’s first light and take me stumbling to the coffee pot and  keyboard.

Many of my poems have started as scribbles on napkin backs while others fly from the keys, so it is a combination of both. I have never been a journal keeper and only print poems out when I think they are finished or nearly finished. To paraphrase what Valéry has said about art, I do believe it’s never finished, merely abandoned.

I have many files where I keep poems:  Published, Forthcoming, Unpublished, WIP (work in progress), Seeds (that might blossom).  I have rarely given up on a poem, and when I have it’s usually something written because someone grabbed my arm and said “you should write a poem about that.” Like having someone say "there’s a nice person; marry them." It just doesn’t work that way. On a more practical note of craft, however,  it is sometimes for me  a matter of finding the right form for a piece that doesn’t seem to be working, whether in European or Asian styles.

Many of my poems speak for those who do not or cannot raise their voices. Among other things, I am seen as an activist poet, working class poet, and a feminist poet.