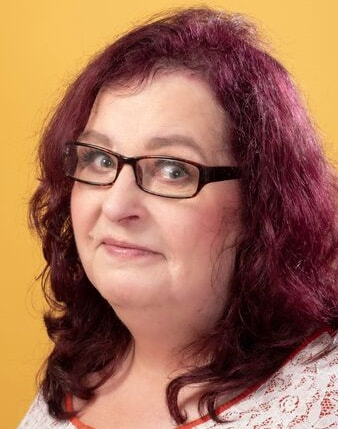 I am a novelist who writes cross genre; historical romance, sci-fi, fantasy and the last book I published was a detective novel set in India, which had some minor fantasy links. I had not written poetry since school and I was not good at it then. Then one day I woke with a poem in my head so I wrote it down. I also edit for other Indie writers.

I hated lockdown and found it depressing although it had some good points. I liked the quiet streets and being able to cross the road in cleaner air. I did not find it particularly inspiring for writing, but I have kept busy editing other writers.

The poems I wrote were helpful because I could let my anger out. It was not my most creative period.
How did you occupy your time?

I edited a lot, I did write some of a fantasy and started a historical romance novella.

What was the main thinking behind your poem submitted to Together Behind Four Walls ?
I am fairly high risk and live alone, so I was isolated for a long time. I think my thinking was directed to how strange and sad the whole situation was. I felt I was imprisoned without trial or justification, even though I knew how important it was to be isolated. Our local prison has single cells and is fairly luxurious, but I would have had my meals cooked for me and I would have had more human contact, even if at a distance.

Do you have any favourite poems, from all the poems you have written?

It is usually the one last written.

Yes, it was called Musing and it came fully formed from a dream.

It won in an online poetry magazine. I did not enter it. A friend entered it under my name.

I started writing poems because I dreamt some and I felt if they were going to appear unbidden that I should learn how to write them. I think they appeared when my writing reached a point when I needed poetry.

Both, I often jot them down when I am somewhere and then type them up when I return home. Isle of Man Poetry Society has just had its first meeting since February. The island is currently covid free but will be allowing people back in after lockdown soon, so there will be a renewed risk of infection. I wrote a poem during the meeting while others were reading their poems.

Occasionally but I leave them in a folder on my computer and may go back to them.

I am primarily a novelist. I also write short stories as well. I hope to do some drawing later in the year.

I write more prose and edit more prose than poetry. However, poetry has affected my prose writing and I have included my own poems in my prose writing recently. I wrote a puzzle sonnet for the historical romance novella I am writing.
Do your poems ever have strong messages?

It depends on the mood I am in and what the poem relates to. I prefer strong poetry that actually says something. I sometimes use writing poetry just to reduce anger about a situation I can do little to change.

Thoughtful but they are very varied.

I have done that one. I was asked to write one about my name.
Myself
Giselle Marks is whom I chose to be
The identity which sets me free
No longer somebody else’s wife
Giselle knows how to live her life
Marks remains from my old name
I am different, yet inside the same
Giselle has power. No longer weak
She has not even reached her peak
I’ll always be my children’s mother
But I am also something other.
My former self wished to be unseen
Giselle knows exactly what her words mean!
Should I cower and hide away?
No, now is Giselle’s time to play!