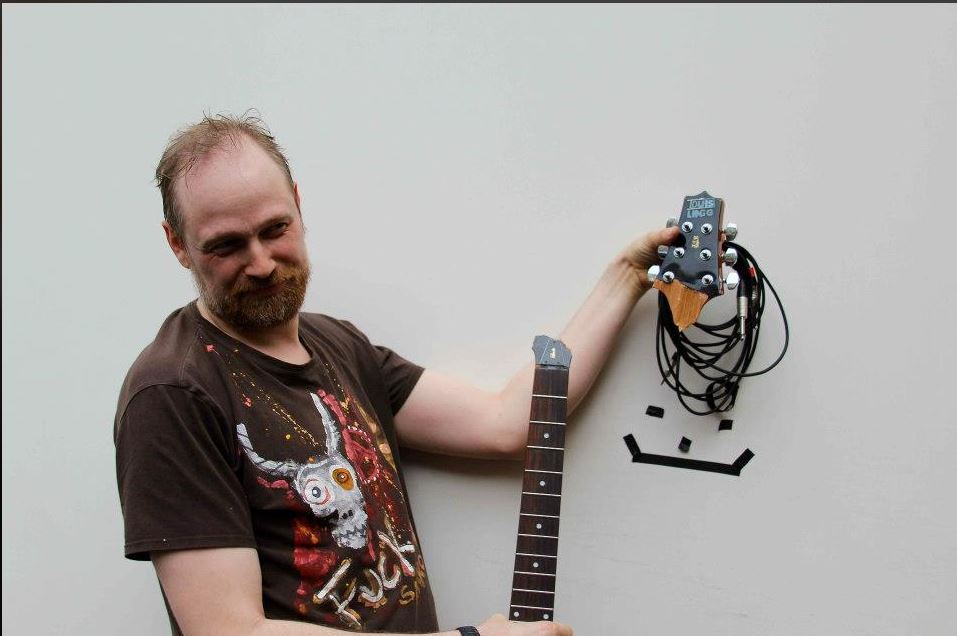 Hello Josh, you took two great photographs of people during the lockdown, please explain the atmosphere in Paris at the time you took them.

The atmosphere in Paris was absolutely awful. I live in the 19th arrondissement. It was the worst three months of my life. Nobody understood what was going on because every newspaper and TV show was saying contradictory and sometimes completely stupid things all day long. Everyone was confused. When you left the house, the people around you looked at you like a potential enemy. It wasn't a “war time sprit” as Macron said, it was more like a “civil war time spirit”. In supermarkets people didn't look at each other except to work out how you could beat that person to the last toilet paper or pasta box. We all understood that we had to clap for the health service at 8 o'clock but that quickly became stale and ritualistic when we saw that there was going to be no masks, no treatment, no testing, no support for vulnerable people, no help and no hope. As parents that was an awful thing to process. The message was received loud and clear: we were on our own. It was frightening because, for once, we thought that the government could give people confidence and change strategy a little but no, they decided to make us all live under the same cloud of confusion we were in before the virus. The same disinformation and fear but multiplied by ten instead of reducing it a little. I felt like a rat in a cage being observed by alien scientists to see when I'd crack.
I should mention that I'm white. That's important to know because black people had their papers checked by the police constantly in north and east Paris. In Pantin by us and in Saint Denis the police were constantly fining and beating and strangling black and arabic people during the lockdown so it was even worse for them! It important to remember how privileged white people are, even in a bloody pandemic!
The police were everywhere during the lockdown and I've never seen them so happy. They were a big part of the lockdown experience in northern Paris because it was scary: they knew, (and we knew) that there would be no consequences to anything they did during the lockdown so people would cross the road to avoid them. They even turned up to my local Franprix to check people's papers and fine people. As if ANYONE would go to Franprix for fun and not to buy shopping! It really did contribute to the civil war feeling. People would report each other to the police! That's crazy!
In general, I'm proud of how Parisians got through it. In general, people were extraordinary and made huge sacrifices for the common good.


Did you feel anxious taking photographs of people, some people in Paris, I know from my own experience can be sensitive about people photographing them?

I wasn't anxious, no because it was the (hour and a half) line outside BIOCOOP and they're the least violent Parisians possible! I certainly wouldn't take photos of people waiting outside Franprix for an hour and a half! I know that's kind of a classist thing to say and I know that taking photos of people can make them uncomfortable and I kind of exploited the passive nature of organic food fans for my picture. I admit that it wasn't the nicest thing I've ever done! It was a huge queue though! I couldn't capture it correctly in the photo but it stretched back 200 metres! I had to capture the moment some how!


How did you occupy your own time during lockdown? Did you write any songs during this period ?

Most of my time in the lockdown was spent trying to stop my children fighting and trying to home school them. Home schooling was a brutal experience that I never want to go through again!
In terms of songwriting it's the driest creative period of my life. ...And all the single people without children posting about the 5 new concept albums they just wrote on Facebook didn't help at all! I felt completely drained of all creativity and hope. I discovered that a pandemic with no hope it not a creative situation for me.
I normally write songs professionally for clients. I did finish outstanding the songs I had to do for work but I didn't feel any creative impulse at all. I wrote 13 chapters of an autobiography of my band, Louis Lingg and the Bombs though. That was fun.
At the end of it, I ended up with two corona virus songs in the end: Stuck in Nowhere Land and Freaky Deaky (Rat in a Cage). If they turn out to be hit songs then I suppose I'll have to take back what I just said but it really didn't feel like a creative time while I was in it!

Were any of the activities you did during lockdown therapeutic?

We didn't leave the building for about 3 weeks at the start. When I finally realised that the lockdown was causing more psychological damage than any supposed benefit, and the government had no intention of doing anything to make the situation better, I forced my children to come with me and leave the house for an hour a day. My children had become afraid of the outside world and I realised that I'd been a bad parent by letting myself get caught up in the media hysteria. The mental well being of my children was more important that the quarantine and I had to keep things in perspective. Don't get me wrong, I supported the quarantine and thought it was important but I realised that my children's mental health was a little more important. It was hard to walk around the grim ghost town of Paris to begin with but we stuck with it and it did us good in the end.
Lots of people took up jogging because the town literally belonged to joggers for months! They didn't get bothered by police for example and they would often run right down the middle of the road while police stopped cyclists and cars! Jogger were everywhere and took over the city.
We didn't jog but I'm glad we went out every day. Forcing myself to look up at the sky every day was important therapy!


You are extremely passionate about music, we could say you live and breath music, tell us about some of the projects you have worked on, the people you have worked with, or concerts that stick in your mind.

I'm a music producer and I've worked on so many great projects over the years it's difficult to know where to start! I've worked on maybe 60-70 records by now. I've worked with so many amazing underground artists with a staggering amount of talent and even some famous people like Didier Wampas, Rachid Taha and Andre Manoukian.
My favourite project is my rock band, Louis Lingg and the Bombs, that I started in 2006. It kind of started by accident and snowballed into becoming a large part of my life. For many years I also used it as a platform for my political ideas (anarchism and left-wing type stuff) and it really worked! We played lots of benefit concerts for lots of great causes that we believe in and I often meet people that were brought into the alternative world partly because of our concerts. Music really does help and really does change people's lives. It's an incredible honour to be part of something like that. We played so many crazy concerts all over europe but the one that move us the most was when we played for refugees in a squatted high school in Paris. 400 refugees had set up an autonomous community in the squat with elected representatives from each community. Paris was a no go area for refugees and still is. The city and the police have a zero tolerance policy for refugees. Maire Hidalgo tries to make life as hard as possible for them in the hope that they would disappear or something! The inhabitants and companies of the 19th didn't agree and provided them with food and supplies. I had visited them and asked them what they needed and wanted. They said they had enough food but what they really wanted was a bit of culture and music. I said I'd do that for them and I put the word out for other bands. In one day we had lined up Brazilian marching bands, kletzmer bands, jazz bands, African drum circles, hip hop bands and people to make loads of food for the party. All the musicians gave instruments to the refugees (all instruments subsequently stolen by the police) and the refugees thanked us by performing for us afterwards from their various communities. It was a very emotional day. Their have been thousands of concerts to raise money for refugees but hardly any concerts just them for no other reason but to provide them with joy and the love of life. They had tears in their eyes and we had tears in our eyes. The cultural exchange was incredible. The Afghans showed us a traditional dance and the Egyptians showed us a very young central African rapper that they'd taken under their wing. An amazing talent. I've rarely done anything important like that in my life. (The Police raided the squat soon after and dragged them all out to the suburbs and stole all the instruments.)
Louis Lingg and the Bombs has certainly taken us on quite a ride over the last fourteen years!!

Do you do any other creative activities apart from music?

Music is such a huge world already! I have to have such an immense skill set that the mind boggles! ...And I'm still at the tip of the iceberg after 20 years! I have to write lyrics, translate lyrics, write music, arrange music, record music, set up microphones etc., coach vocalists, record projects, play concerts, organise concerts, mix projects and master projects. All very different skills and challenges so I'm never bored. It's vast!

That said, I'm writing an autobiography of my band, Louis Lingg and the Bombs because despite being a small band from France we've gone through quite a few adventures! I loved writing short stories and poems even before music.

Louis Lingg and the Bombs have two new records lined up to be released on the American label, Blocsonic records. It's very exciting to me that an American hip hop label would want to release a record by a French rock band! The world is full of strange occurrences and amazing people!