AN INTERVIEW WITH professor elemental 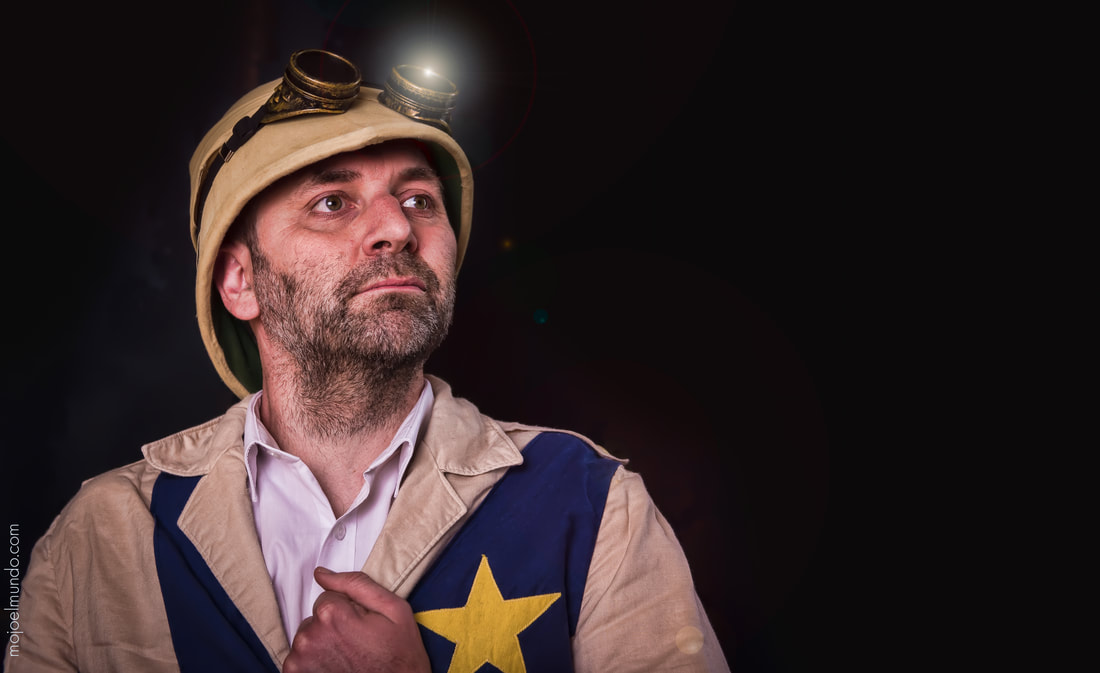 
You have done stand up and poetry events, can you tell us some funny happenings and some of the people you have worked with?

I did a lot of poetry events in my early days,  I love the splendid variety. You genuinely never know what you are going to get at a poetry night, more than any other live art I can think of. Since then, it's been a roller coaster of nerdy fun as I've been lucky enough to perform around the world in all sort of peculiar places. I've also been lucky enough to lend my voice to some cartoons, meaning I get to play some shows that are entirely fictional.  There's something about having a character to inhabit for performances which allows you to end up in places you would have never have otherwise performed in. It's also a handy suit of armor when it comes to confidence and self expression.


What kind of places have you performed in, which was the strangest?

There's been shows in Wild West ghost towns in Arizona, pop concerts in Cambodia, military forts in Canada, boat parties in Paris and the inside of a mountain in Sweden. But I'm probably most at home at amateur run community events, where a local hall or hotel ballroom is filled with Steampunks of all ages. These are my people and I love them very much.


Would you/have you read poetry on zoom?

I have struggled with live performance in lockdown. There are people doing some brilliant and inventive things with Zoom gigs, but without an audience to interact with, the whole thing doesnt hold a lot of appeal when it comes to a Hip Hop show. That said, poetry might work better. There's a lot less call and response for one thing.


Was your creativity affected in any way during the lockdown? Did being lockdown make you feel inspired or deflated?

Of course! I don't think anyone has come out of this experience unscathed- there's been some brilliant creative times, particularly in moments of quiet contemplation. Ive written loads of songs for example and set up home recording at last.  But without shows, I have felt the glow of creativity slowly ebbing away. Plus, my character is very joyful and exhuberent. It's hard to keep that up online if you're down the the doldrums.  Thank god for the endless distraction of children at home to keep things light.


Was it therapeutic doing creative work during lockdown?

Definitely, there is no doubt that creativity, particularly poetry and rap, frequently acts as a kind of therapy and it was even more the case during lockdown. I found it was much more useful to avoid writing things about the current situation and to concentrate on escapism instead. Being a nerd anyway makes that process much easier.


How did you occupy your time?

Childcare/ housework/endless food shopping/one day of writing/one day of administration/ repeat for what seems like forever and ever. My other half said today that it was 'the lack of textures' in the events of each week that was getting her down and I think that was spot on. It's all so monotnous.


What was the main thinking behind your poem submitted to Together Behind Four Walls ?

Homeschooling is the perfect microcosm of the lockdown experience. The joyful moments, the scary times, the absolute disasters and the eventual resignation to certain aspects of life. Turning my children into a single orangutan was easier than I thought it might be, hopefully they will forgive me.


What inspires most of your poems,

I'm really lucky as most of my stuff is set to music. A very talented producer called Tom Caruana sends me beat of all shapes and sizes, and they inspire ideas and silly stories. Beyond that, most ideas come in those rare moments of quiet. And at least there's abeen more of those lately.


Do you remember the first poem you ever wrote or one of the first?

When I was a more traditional rapper in my early twenties- i was challenged to write a verse about sticking animals in ice cream for a bet of some kind. (we had a lot of time on our hands back then). It was so ridiculous and so refreshing that I increasingly leant into my weirdness, rather than trying to hide it.

These days, most of my writing has to happen first thing in the morning. I have been known to set my alarm for 5am just get a couple of hour writing in before my world is shattered with the sounds of screaming children demanding coco pops.


Do you do any other creative activities?

Work, leisure and everything else are all beautifully tied together, so Im often not sure if Im working or messing about. But that said, it took a helluva lot of work to get here.


Do your poems ever have strong messages?

They do, often hidden in the nonsense, there are a lot of songs about the power of optimism and kindness. The message there's no such thing as normal, everybody's weird' is writ large across the work.


The New Album 'Let's Get Messy' is out now at www.professorelemental.com