What is it about scotish poetry 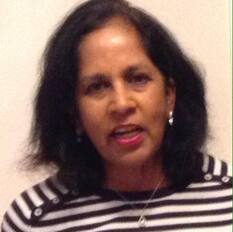 There is something special about Scottish poetry and literature. It seems to be thriving in modern times, We can see how important it is to the country.

First Minister Nicola Sturgeon, said of poetry in Scotland, when she announced Jackie Kay’s appointment as the new Makar – National Poet for Scotland – on 15 March 2016

Poetry is part of Scotland’s culture and history, it celebrates our language and can evoke strong emotions and memories in all of us. The role of the Makar is to celebrate our poetic past, promote the poetry of today and produce new pieces of work that relate to significant events in our nation.


Jackie Kay said As Robert Burns demonstrated, poetry holds up a unique mirror to a nation’s heart, mind and soul. It is the pure language that tells us who we are. I hope to open up the conversations, the blethers, the arguments and celebrations that Scotland has with itself and with the rest of the world, using the voice of Poetry in its fine Scottish delivery.


We have quite a number of contributors of Scottish heritage, some mixed with Irish or other heritage,  one of which is Margot Henderson.

Below Margot talks about her poetry and time in lockdown.

Lockdown has been a mixed blessing. In the beginning it felt like a chance to slowdown, to take a collective breathing space, have time to reflect and re-evaluate who and what really matters in life. For a time it served to bring about the very state that many activists had been campaigning for ‘ the end of business as usual. It has been such a global phenomenon, heightening our awareness of our inter-being.


At a personal level it has been like being on retreat, an up close encounter with my self, a perfect opportunity to write (and to see the reasons, or excuses I make for when I don’t.) I have felt very moved and inspired by different phases. In the beginning I felt hopeful, a sense that this was a global wake up call that would help us make the changes we need to make around social justice and equality. I was inspired to see all the creative and compassionate ways people found to reach across the distance to create more caring communities. I even had some hope for the powers that be.
It seems to have brought out the best and worst in us. I hope we can carry forward the best as we come out of this.


I have been doing some writing, working on some poetry collections and a memoir. But a lot of the time I have been gardening, feeling a need to stay close to the ground, get my hands in the soil. It has eased the sense of helplessness I feel in the face of all that is going on “ I plant my small green prayers in the earth”. I have created a small orchard and dug a pond in the bottom of the garden, This feels like a deep way to nurture life and the future. Some of the themes in my selected poems speak to this and to our inter-connectedness, to letting this be an opportunity for kindness and wakefulness.


My poetry over the years has had many moods and phases. I performed as Brigit Bard on the poetry circuit in the 80s/90’s. A lot of my poetry then was political and issue based, humorous, angry, full of quirky digs and takes. I still feel feel moved to write on issues that I care about, but these days I tend to want to inspire and motivate more than I want to rage. I also write a lot of more mystical, nature based and contemplative poetry, inspired by years of Buddhist practice. I always keep pen and paper by my bed at night as I am often woken up with some thread of a poem or a piece I know I want to write. I much prefer writing by hand first. There is something about the flow in writing by hand that feels more instinctual and satisfying to me. I also write songs and performance pieces.


Another Scottish poet is Leela Soma was born in Madras, India and now lives in Glasgow, Scotland. Her poems and short stories have been published in a number of anthologies, publications. She has published two novels and two collections of poetry. Her poems have been  published  in Gutter, The Blue Nib, Anthropocene, Black Bough Poems, The Glasgow Review of Books and many others. She was nominated for the Pushcart Prize 2020, and was short listed for the Erbacce Prize 2020. Some of her work reflects her dual heritage of India and Scotland.

Ciara MacLaverty is 'a born enthusiast' according to the Times Literary Supplement. Her 'striking' poetry has appeared widely in newspapers and literary magazines. She's been picked for 'Scottish Poem of the Year' and commissioned for Scottish Opera and Edinburgh Book Festival. Her pamphlet, Past Love in The Museum of Transport,explores everyday love from girlhood to motherhood.


David K MacDonald was born and educated in Glasgow before moving to the Outer Hebrides. He continued his studies by majoring in psychology, philosophy and economics at Robert Gordon's University, Aberdeen.

He has worked in the Far East for a number of years and has had a varied career taking him to many locations around the world. He is a writer by day and a reader by night.

Poetry is his first love 'you can write poetry and you can read it, but it really only means something if you can 'taste' it';  his 'Why the Sea?' was a published award-winning poem.
​
His first book, 'A Book of You', an examination of the uniqueness of emotional DNA, drew on his academic and life experiences combining both psychology and philosophy. His most recent book, 'Lethal Injection', is a crime thriller which also asks serious questions about how the death penalty is perceived.

Christine De Luca (nee Pearson) was born and brought up in Shetland, spending her formative years in Waas (Walls) on the west side of the mainland. She now lives in Edinburgh.
She writes in English and in Shetland dialect which is a blend of Old Scots with much Norse influence. Shetland dialect - or "Shetlandic" - is a lively mother tongue, still vibrant and enjoyed both for its onomatopoeic quality and its classlessness. Her main interest is poetry, but she is also active in promoting work with Shetland children and has written dialect stories for a range of age-groups. In addition to this, her first novel, And then forever was published in 2011. She was appointed Edinburgh's poet laureate (Makar) for a three year period, between 2014 and 2017.
RecognitionIn 1996 she won the Shetland Writing Prize with her first poetry collection Voes & Sounds and again in 1999 with Wast Wi Da Valkyries (after which the award was discontinued). A third collection, Plain Song, was published in 2002 and Parallel Worlds followed in 2005. One of the poems in this collection, Makkin Sooth Eshaness, won the Rhoda Bulter Prize for Shetland Dialect, 2004. Christine's poem Seein Baith Sides won the Shetland Writing Prize and also the prize for best poem in Shetland Dialect in 2006.
Dat Trickster Sun - published by Mariscat Press in 2014 - was shortlisted for the Michael Marks Award for Poetry Pamphlets. Christine's work has also featured in many anthologies and her poems have been selected for the Scottish Poetry Library's Best Scottish Poems four times in recent years.
Her poems also feature in The Poetry Archive.