Meet thomas stockley (who performs under the name TS IDIOT) 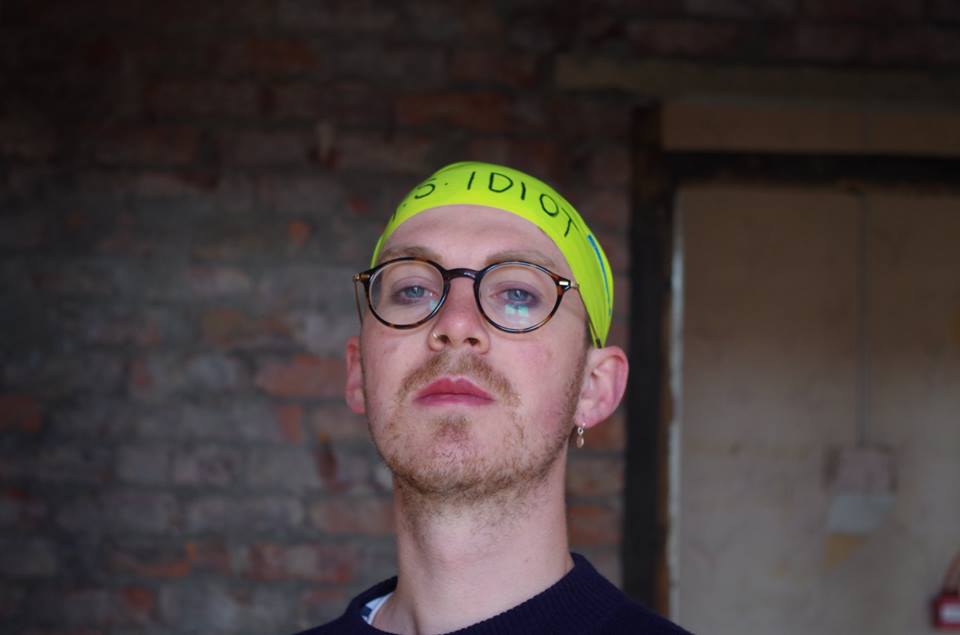 I'm Tom, known on stage and page as T.S. Idiot. With no formal education on writing or performing, I'm a self-taught poet with roots in the punk and queer scenes of the South West. I think of myself as a hopeless investigator into the puddles of humour, beauty, joy and sadness congealed in the cracks of every day life - conversations, personal relationships, self-identity and the things we miss when we live too fast.


Was your creativity affected in anyway during the lockdown? Did being in lockdown make you feel inspired or deflated?
It's been a pretty wild ride in emotional terms. I had to leave home, came out of a long-term relationship, mourned the loss of a friend and came to terms with my own identity. These experiences, intertwined with the various states of the world around us, were a heady mix. At times it made me want to shout (metaphorically and sometimes literally), writing poems or making pieces of music. But I didn't pressure myself, I think that's important. It's ok to recognise that creativity requires space and time and it's not just a one-way process, we're not a production line.


Was it therapeutic doing creative work during lockdown?
Yes and no! There's a cathartic element to it, but it has been very intense to be alone with those thoughts for such an extended period of time. I've definitely tried to acknowledge the need for rest, and writing only goes so far as a way to help you understand yourself. I've really missed the performing, that physicality of sharing your thoughts in a space with others.


How did you occupy your time?
I'd love to say I made lots of bread and did some gardening, but that would be a lie. I've tried not to pressure myself and let my mind process this kind of trauma we've all been going through - but a loose routine of lots of walking, cooking, and connecting with friends and creatives has helped too. Part of my work involves working with young people, so I've been chatting to them on the phone as much as possible.


What was the main thinking behind your poem submitted to Together Behind Four Walls ?
I've been trying to capture these little moments of introspection, using small acts or objects from my lockdown experience to hold a set of feelings that I hope are relatable. This might be the sound of a lawnmower, somehow giving solace, or imagining ourselves as an apple pip, hard and bitter but with the potential to become something strong and beautiful when the time is right.


What inspires most of your poems?
I'm interested in the everyday, looking at what we might consider banal and finding the stories hidden within. I don't set aside specific times to write, I wait until something comes to me - a conversation overheard on the bus, late night thoughts of longing, a particular phrase from a song or a discarded newspaper. I've always liked how the Situationists work, generating thoughts and ideas from unplanned wonderings, trains of thought unravelled from being purposefully lost.


Do you have any favourite poems, from all the poems you have written?
I have ones that I've written for me, words that come from my mouth and validate myself in a way that only I can. Then I have others that are definitely fun to read, my one hit wonders - these are the crowd favourites, words for other people, to be collectively owned. I enjoy those too. I heard someone say once that once the words are on the page, they are owned by everyone, and I think that's important.


Do you remember the first poem you ever wrote or one of the first?
I don't remember the specific words, but from a fairly young age i've been writing lyrics for bands that never existed, knowing that I wanted to perform but not knowing how. In hindsight, they were poems. I think it was a lot of fairly abstract and confusing metaphors about the trials and tribulations of being pubescent, not my best work but I like to think they were a starting point.


Do you ever think of poems before going to sleep or just after waking up?
Yes! Fairly often. I try to write them down, sometimes there'll be a phrase or coupling of words that I'm really pleased with. More often than not, though, it's total nonsense. But that's ok too.


Do you hand write poems or go directly on to your computer?
They usually start on scraps of paper, depending where I've had the thoughts. I might have a notebook to hand on an organised day, but plenty of poems have started life on bus tickets, beer mats, receipts and shopping lists. The ones I like, or the ones that seem to have potential to become something, they get typed up on my laptop. That's my editing process, really.


Do you ever give up on poems you have started?
Yes! And I think that's ok. In the past i've tried to force poems to their conclusion, which doesn't really work. You end up saying very little with a lot of words. It's ok to save those words, to leave poems unfinished for as long as you like, until their time comes or you take the bits you like for a new piece of work. My friend Pete The Temp gave me some good advice, he has a word nursery on his laptop - all the phrases and words that haven't yet found their place, waiting there until they're ready.


Do you do any other creative activities?
Yes. I think the themes I explore in my writing are fairly present across a few different mediums, and for me it's important for these conversations to cross-pollinate. My background is as a visual artist, performing and writing came later but the two are intertwined. I'm interested in the idea of creative acts as a form of play, and inviting people into that space we make as artists. My practice is slowly becoming more ambitious, including group performances, writing for dance and theatre, producing audio pieces for radio. For me, all art forms are equal and, importantly, should be accessible to all.


Do you only focus on poetry or do you also write prose?
To be honest, I've only recently realised what the word prose means. That's proof that no one's taught me anything about writing! I'm starting to develop some of my poetry into longer form, writing for theatre and film in the form of monologues, or short stories. It's been interesting, as a poet i'm trying to say as much as possible in very few words, but with prose there's more gaps to fill. It's made me think more about the role of a storyteller, and the relationship between the conversations we have in real life and words on the page.


Do your poems ever have strong messages?
I do write political work, pieces on self-identity, class, social issues. I think we do live in an inherently political world and I think it's important for artists to be part of this conversation - although I know from experience that this can become performative, lip service is easy but it's important to be doing the leg work too. I believe that making someone laugh, or telling your story, can be a political act in itself.


How would you describe the tone of your poems?
The Fringe Review called one of my early performances 'lighthearted but bitterweet', and I think that is fairly succinct. I do love to make people laugh, and I think life is quite funny in it's strangeness - but I hope that people can sense a sadness, and a genuine sense of care for the lives I see around me. A representative of my local council once called my work 'in very poor taste', which I think is quite funny, although perhaps missing the point somewhat.


If you had to write a poem about yourself, how would it start?

So, since 2019 I've actually been working on a semi-autobiographical show, I'm a Nobody Get Me Out of Here -collections of poems and thoughts based on personal experience and how I place myself in the world. It's my attempt at trying to talk about myself without (totally) falling into a pit of poetic narcissism, and hopefully a fairly honest portrayal of what it means to be queer, confused, flawed and knowing that my voice only matters to a small extent, but celebrating myself and life in all its imperfections.